Even in a world capital of music like Vienna it’s sometimes hard to find a professional musician with the right chops, especially when it comes to recording rarely used instruments, like the contrabass trombone. Since sample recording sessions are much more demanding than standard orchestral music, it requires exeptional virtuosity and fortitude.

Fortunately, Wolfgang Pfistermüller was up to the task of recording the VSL Contrabass Trombone. He has been a member of the “Wiener Symphoniker” since 1999 and his outstanding references make him one of the top European players on this instrument. He is highly sought after to perform Wagner’s Ring Cycle, including frequent performances in Bayreuth. Apart from orchestral performances, Wolfgang Pfistermüller is an active soloist and chamber musician in various ensembles, such as the Symphonic Brass Trio Vienna and the Wiener Posaunenquartett.

You can hear Wolfgang’s command of the contrabass trombone in our Brass II Collection and you can also purchase The Contrabass Trombone separately as a Single Instrument. As with all Single Instruments, you will benefit from upgrade discounts when completing the Collection later. 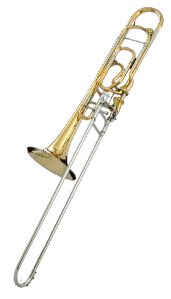