Clarinets are transposing instruments. Notation is in treble clef.
Notation for the bass clarinet is written in treble and bass clef.

Clarinetists read the score as if it were written for a C clarinet and transpose according to which instrument they are playing. On the C clarinet the sound is as written.

This correlation between notation and sound means that the written compass of all clarinets ranges from E3 to C7. 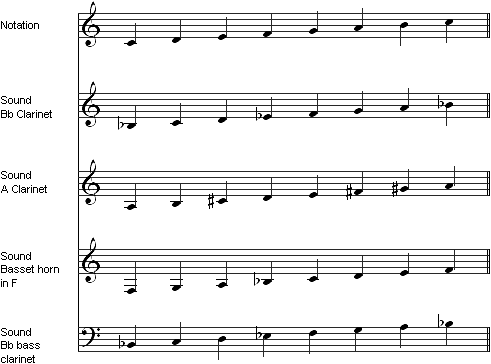