The Vienna Konzerthaus is one of the largest and most artistically progressive institutions in the world of music. Ever since its inauguration in 1913 it has been open to new artistic influences, while endeavoring to satisfy the demands of tradition.

In its day, the Vienna Konzerthaus was one of the most modern buildings of the Danube Monarchy, setting new standards for construction technology and architecture with a rare combination of Historicism, Secessionism and Art Nouveau influences. Thanks to the careful and responsible treatment of its architectural heritage, it is today regarded as one of the most modern concert houses in the world while remaining true to its historical roots.

MIR 3D RoomPack 1 offers a staggering 11,000 impulse responses from four halls and the grand foyer of this unique building. 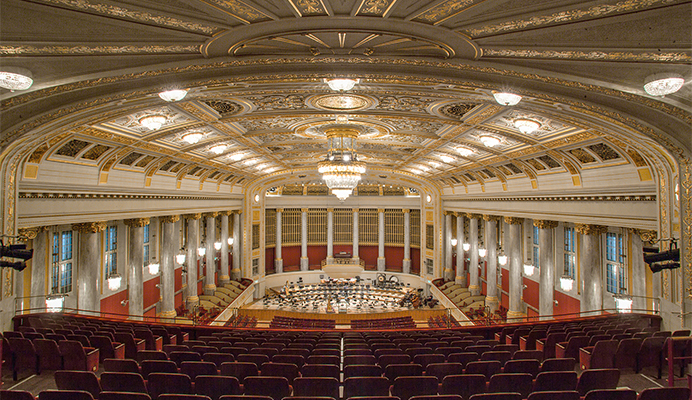 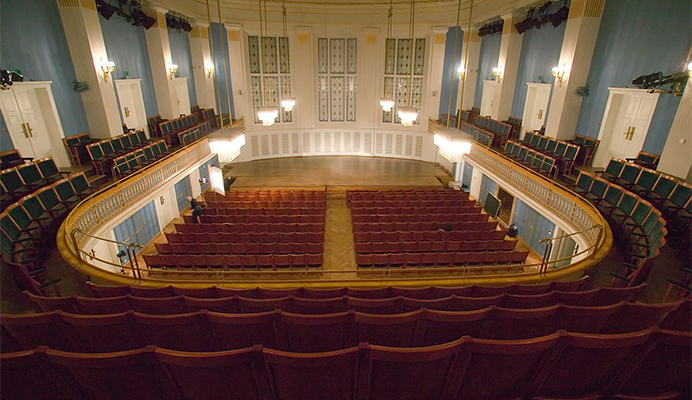 The Great Hall of the Vienna Konzerthaus with its famous Great Rieger Organ covers a total area of 9,900 square feet (920 m²) and can accommodate an audience of 1,865 people. It has acquired international fame as one of the best concert halls in the world, offering the perfect venue for a wide variety of musical activities of all genres. The list of artists who have performed here over the last 100 years reads like a Who’s Who of music history. MIR 3D RoomPack 1 presents the Great Hall from four typical microphone positions. Apart from the stage itself, it is possible to place your instruments in the organ gallery, the so-called “Angels’ Choir” (about 55 feet/17 meters above the stage), the two proscenium loges and three selected zones in the balcony.

The Mozartsaal is considered to be the best chamber music hall in the world by artists and music lovers alike. Its 1,130 square feet (105 m²) stage and the auditorium of 3,552 square feet (330 m²), with a capacity of 700 people, offer a perfect setting for all types of chamber music, from lute and song recitals to string quartets and chamber orchestras. The Mozart Hall enjoys world-wide acclaim for its unique acoustics that make it a favorite of leading ensembles and soloists, as well as a popular venue for recordings. Four typical microphone positions of this room are available in Vienna MIR Pro 3D. 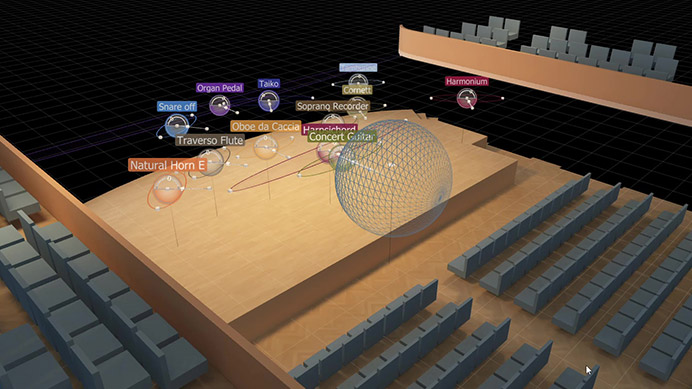 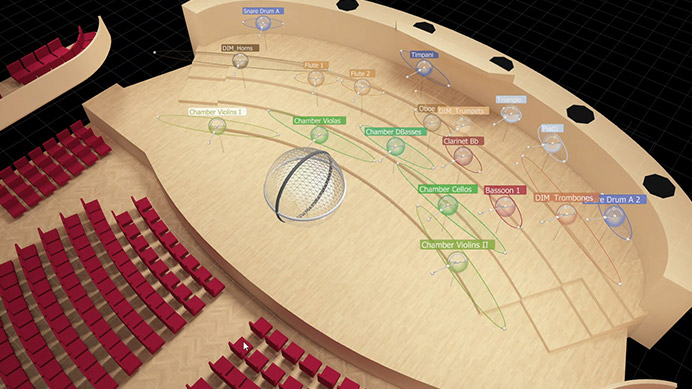 With its 3,120 square feet (290 m²) and 366 seats, the Schubertsaal is the smallest of the Vienna Konzerthaus’ “classical” halls. It has a festive character making it the perfect model of a music salon, and is mainly used for chamber music, solo concerts, receptions, dinners and lectures. Many a musical career has been launched in the Schubert Hall of the Vienna Konzerthaus. Four typical microphone positions of this room are available in Vienna MIR Pro 3D.

This 3,660 square feet (340 m²) concert hall (also known as Berio Hall, named after Italian composer Luciano Berio) was built in the basement during the building’s major renovation from 1998 to 2001, and has a special focus on contemporary music. The sound stage features flexible podiums with movable acoustic modules, modern electro-acoustic and lighting equipment, as well as a dedicated control room that facilitates state-of-the-art recording. Four microphone positions of this room are available in Vienna MIR Pro 3D. In addition to the conventional stage positions, selected zones at the auditorium’s sides and rear are available for instrument placement.

Although the Foyer of the Vienna Konzerthaus wasn’t originally intended as a concert space, its magnificent acoustics with six seconds of reverb are frequently used on special occasions, like the opening ceremonies of festivals or traditional society events. This space is presented from four typical microphone positions in Vienna MIR Pro 3D.