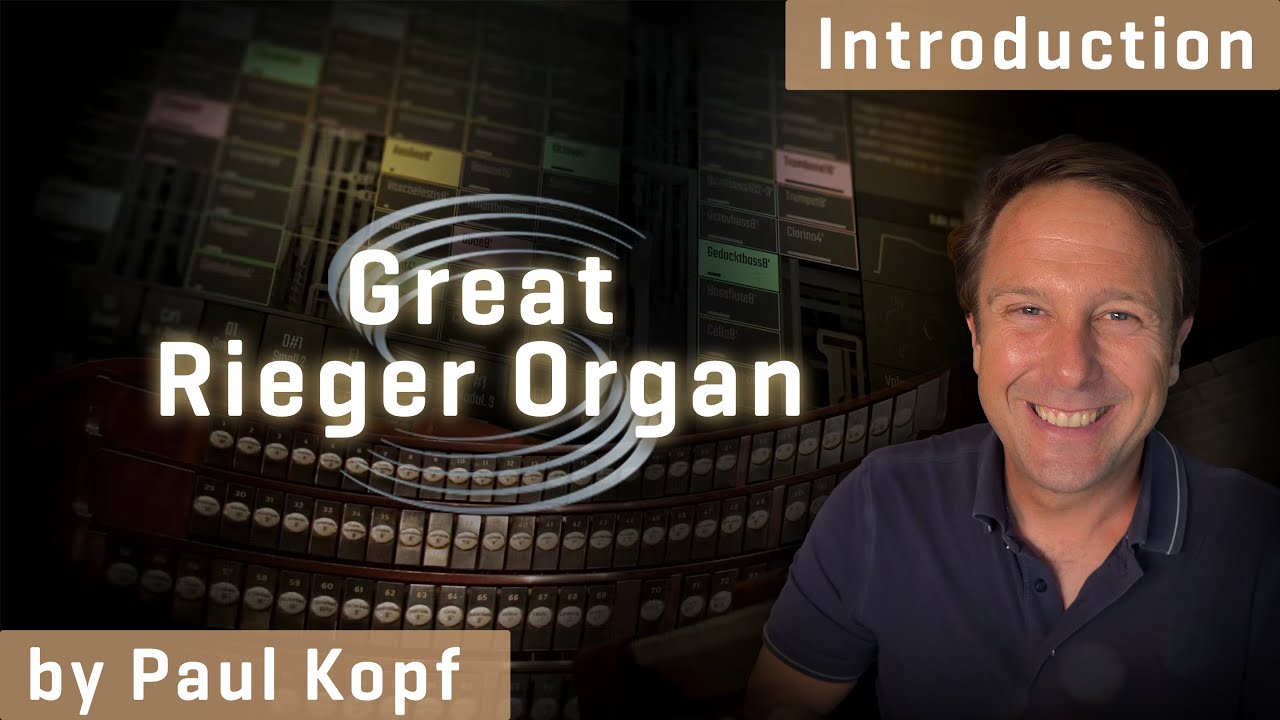 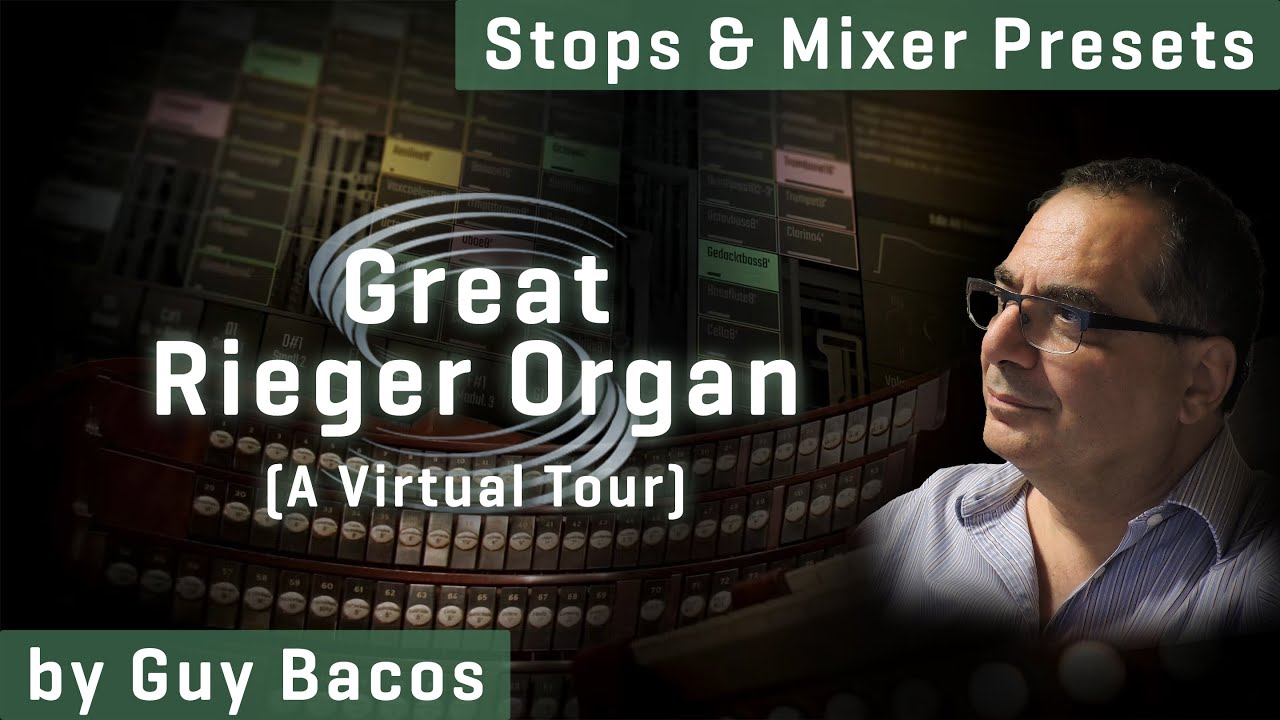 Pulling all the Stops

With 116 stops for its five manuals and the pedal board, the Great Rieger Organ at Vienna Konzerthaus is the largest concert organ in continental Europe. It was built by the famous “Gebrüder Rieger” company of Jägerndorf, Silesia, and installed in 1913 – the year the venerable Konzerthaus in the heart of Vienna officially opened. Being installed in a concert hall – as opposed to an organ in an overly reverberant cathedral – this “Queen of Instruments” is the ideal match for orchestral instruments playing on a scoring stage or in a concert hall.

This Collection is based on the recordings of the original Vienna Instrument Konzerthaus Organ. It comes with a brand-new sample engine and a user interface tailor-made for organ playing, the Vienna Organ Player. It lets you easily manage the manuals and pedal of the organ so that you can conveniently access the different stops to create your registrations. What’s more, the Vienna Organ Player is multi-timbral so you can address the manuals and pedal via dedicated MIDI channels.

Navigating the player is easy using the three main tabs. The COMBINE tab gives you an overview of all the organ’s stops as distributed over the manuals and pedal. Manuals and pedal are each routed to their own audio channels, which you can see and edit in the MIX tab. The PLAY tab provides access to the parameters you will find useful for live playing. 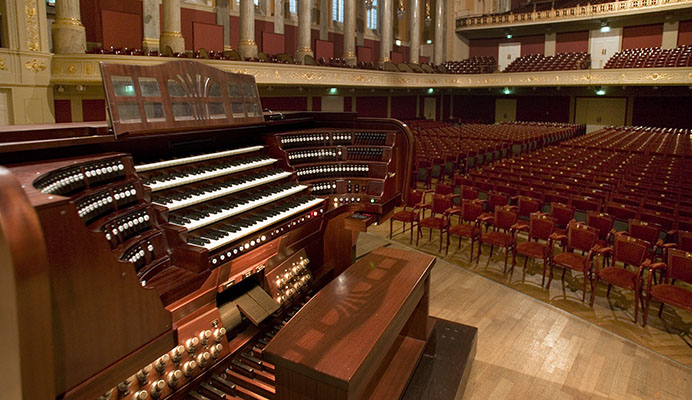 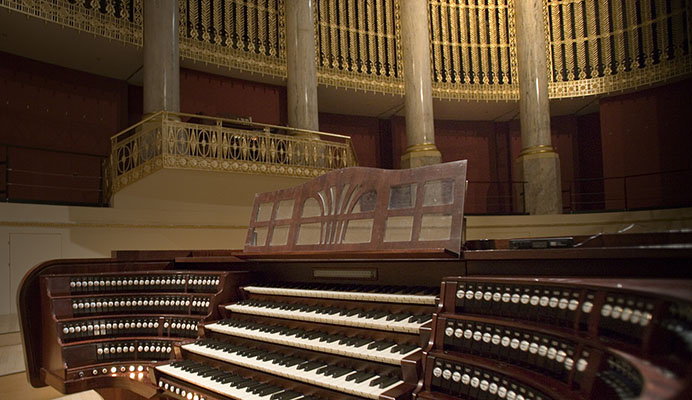 The new Vienna Organ Player gives you a lot of flexibility and options. Dial in the Great Hall’s room tone, even with the Rieger Organ’s wind chest running idle. Choose between regular playing ranges of the manuals and the pedal, or have them mapped over an 88-key keyboard. “Tremulant” modifies the air supply, resulting in tremolo and slight vibrato. You can add even more expressiveness to your performance by assigning “Swell” to all or only designated manuals, to recreate the effect of pipes being shuttered off in a swell box.

While being recorded with the ambience of the Great Hall of Vienna Konzerthaus, a host of masterfully crafted mixer presets let you adapt the organ’s placement and reverberation to the sound of your project. Mixer Presets are available in the categories of Standard & Style (with presets such as Messiaen, Toccata & Fugue, Animated Fairytale, Pop Hymn), Concert Venues (including the various halls of Vienna Konzerthaus and The Sage Gateshead), Scoring Stages (Synchron Stage Vienna, Teldex Berlin, ORF Sendesaal), and Sacred Places (chapels and churches).

“The Rieger Organ in the Great Hall of Vienna Konzerthaus is not only the largest concert hall organ in Austria, but also one of the most impressive sound monuments of late romantic European organ building of the early 20th century. Even after more than 100 years, it still fascinates and captivates its listeners with its inherent charm and almost inexhaustible richness of tone colour. The Great Rieger Organ invites you to dive into a sea of sounds and to be carried away by the magic of the ‘Queen’”.
–Wendelin Eberle, Rieger Orgelbau