The gajdica is an archaic instrument that was preserved in Lipany, a rural village in the Šariš region of Slovakia. The single-reed instrument consists of a wooden pipe made of hazel, elder, cherry, plum or maple with a cow horn attached to the lower end. There are six holes on the top part of the melodic reed, and a seventh one on the back side. It was originally used to play short pastoral motifs and shepherd songs of the Šariš region, for shepherding signals, and as an accompaniment to the unique shepherds’ culture dance.

The sound of the Gajdica is penetrating, rich and intense. Because of its playing style, with circular breathing and accents to melodic notes, the gajdica is similar to a one-piped bagpipe. A special, very quickly played form of vibrato gives the instrument a unique character. 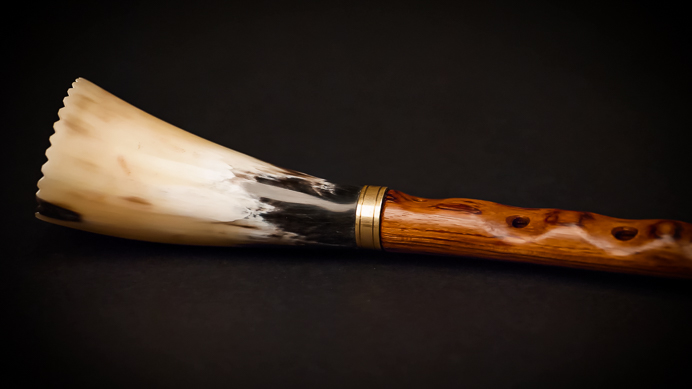 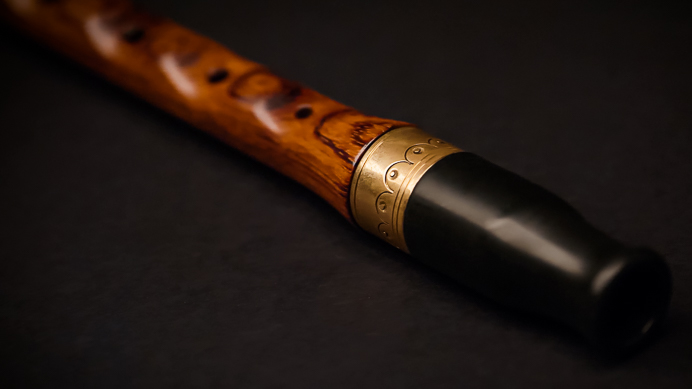 The gajdica was played by multi-instrumentalist, folk instruments expert, and member of the Synchron Stage Orchestra, Veronika Vitazkova. She played in many orchestras, among them the Radio Symphony Orchestra Vienna, the Vienna Chamber Orchestra, and Tonkünstler Orchestra, toured Europe as a solo flutist with the late Ennio Morricone, and played at esteemed festivals from Salzburger Festspiele to Hollywood in Vienna. Having performed on countless film scores at Synchron Stage Vienna, Veronika feels very much at home on the large Stage A and marvels at the exceptional acoustics of this scoring stage that contribute substantially to the overall sound of each instrument. 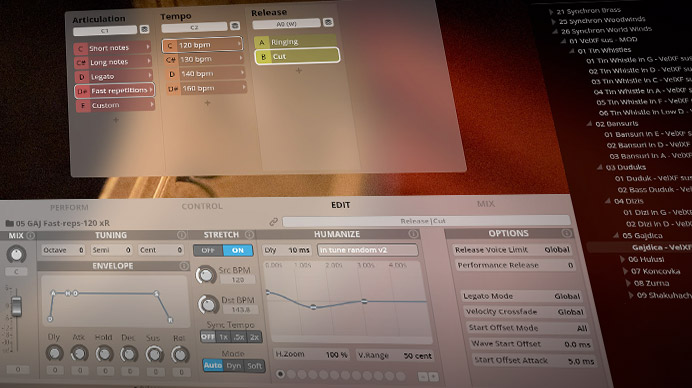 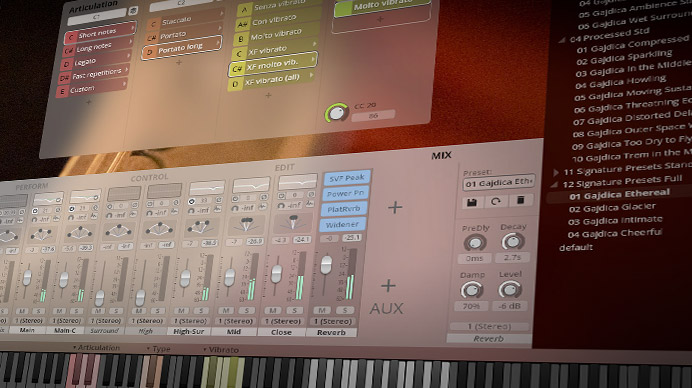 Under the Content tab you’ll find a listing of the gajdica’s natural sampled tones, which are diatonic as opposed to chromatic. Nonetheless, this software instrument provides a chromatic keyboard mapping of notes. In addition, legatos were sampled chromatically. If you want your composition to be played by a gajdica player, please bear in mind that not everything you write and play on the keyboard may be possible to perform for a musician, due to the non-chromatic nature of the instrument.