London-based cellist and record producer Simon Fox brought the compositions of his grandfather Hans Gál back to life, using the Vienna Symphonic Library.

The composer Hans Gál was born near Vienna in 1890. Following considerable success in the 1920s, he was appointed Director of the Conservatory in Mainz in 1929. Hitler's accession to power in 1933 led to his instant dismissal and the banning of all his works. He returned to Vienna, but was again forced to flee by Hitler’s annexation of Austria in 1938. He emigrated to Britain and settled in Edinburgh, where he remained active until his death in 1987.

"We have many recordings of Gál's music on tape, both amateur and professional. These are valuable to have, but when it comes to presenting a work for an interested artist to evaluate, the Vienna Symphonic Library has given us the tools to create a different, quite 'direct' experience of a work, in the form of a carefully considered recorded performance. It's not a real orchestra, but the essence of the music itself is there, time and our imagination being the only limits to the extent to which we can achieve perfection in the smallest of musical details. The idea is certainly not to replace live performances, but to inspire them."

Simon Fox-Gál, Hans Gál’s grandson, grew up in musical surroundings and started the cello at the age of five, and the piano at the age of eight. After a six-year training as record producer (Tonmeister) at the Hochschule für Musik in Detmold, Germany, he set up base in London, working initially for Swiss record label Pan Classics and ex-Decca recording outfit Classic Sound.

His work is now for the well-established continental recording company Musica Numeris, and as freelance record producer and editor for a number of labels in the UK. Recent work as producer has included Mahler 2 for Warner Classics with Orchestre de La Monnaie (Brussels), A Strauss compilation with the Wiener Streichsextett and Boccherini quintets for EMI/Virgin with Fabio Biondi’s Europa Galante.

A new line of creativity began with a contract for an exhibition in Vienna on Hans Gál and Egon Wellesz in 2004 (Jüdisches Museum), for which audio tracks, excerpts of orchestral works which have not yet been recorded, had to be prepared. This task was only made possible by the discovery of the Vienna Symphonic Library. In collaboration with his wife, Katalin Kertész, Simon has now set up Creative Symphonic Arts, dedicated to producing such excerpts of unknown repertoire for composers and music promoters. It was essential to develop a workflow method that would not merely present the bare bones of the music, but convey a convincing musical performance with a ‘live’ feel. They have achieved this by using the Vienna Symphonic Library samples, overdubbed with their own ‘live’ string playing. 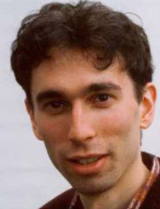