He was one of the first top-notch composers to create the orchestral part of a major Hollywood movie score with Vienna Smyphonic Library products.

Here’s what he said about this first-time experience:

”I have used the Vienna Symphonic Library as my primary source for orchestral sounds throughout the writing and production process for ”Underworld“.

Like no other library, the Vienna Symphonic Library has enabled me to blend orchestral samples with electronic sounds. Furthermore, its musical sophistication and sonic excellence have even made it possible to use Vienna’s samples next to actual orchestral live recordings as complementing elements.

To me, this fully integrated approach marks a significant shift in the way film scores, and for that matter, any kind of orchestral music can be written and produced in the future.“ 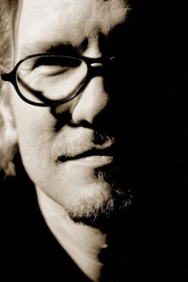