The Grosses Festpielhaus is a significant venue of the Salzburg Festival, one of the world’s most eminent festivals of music and drama. It was built in the 1950s on the site of the former archiepiscopal princely stables according to plans of Austrian architect Clemens Holzmeister, with suggestions on the building’s design from famed conductor Herbert von Karajan. To insert the facility between the three-centuries-old façade of the former court stables and the Mönchsberg, one of Salzburg’s five mountains, 55,000 cubic meters of rock had to be removed to create adequate space. The Grosses Festspielhaus was opened on July 26, 1960 with the performance of Der Rosenkavalier by Richard Strauss, conducted by Herbert von Karajan. 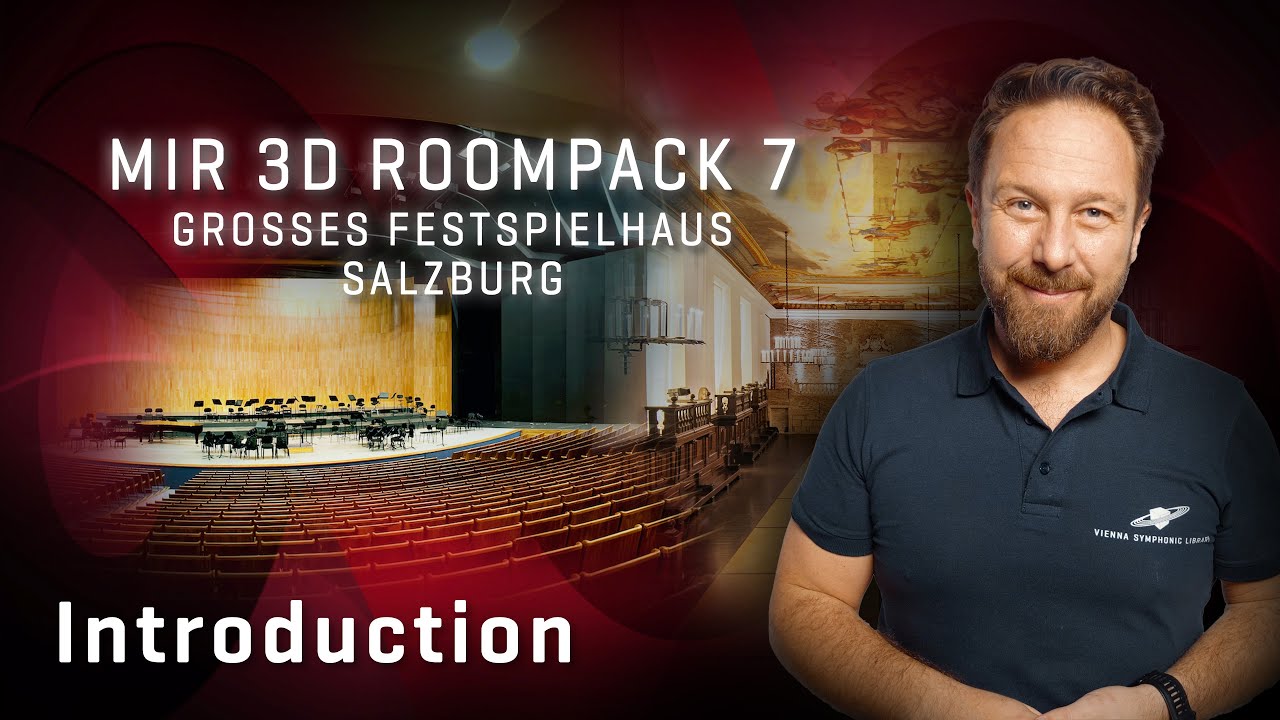 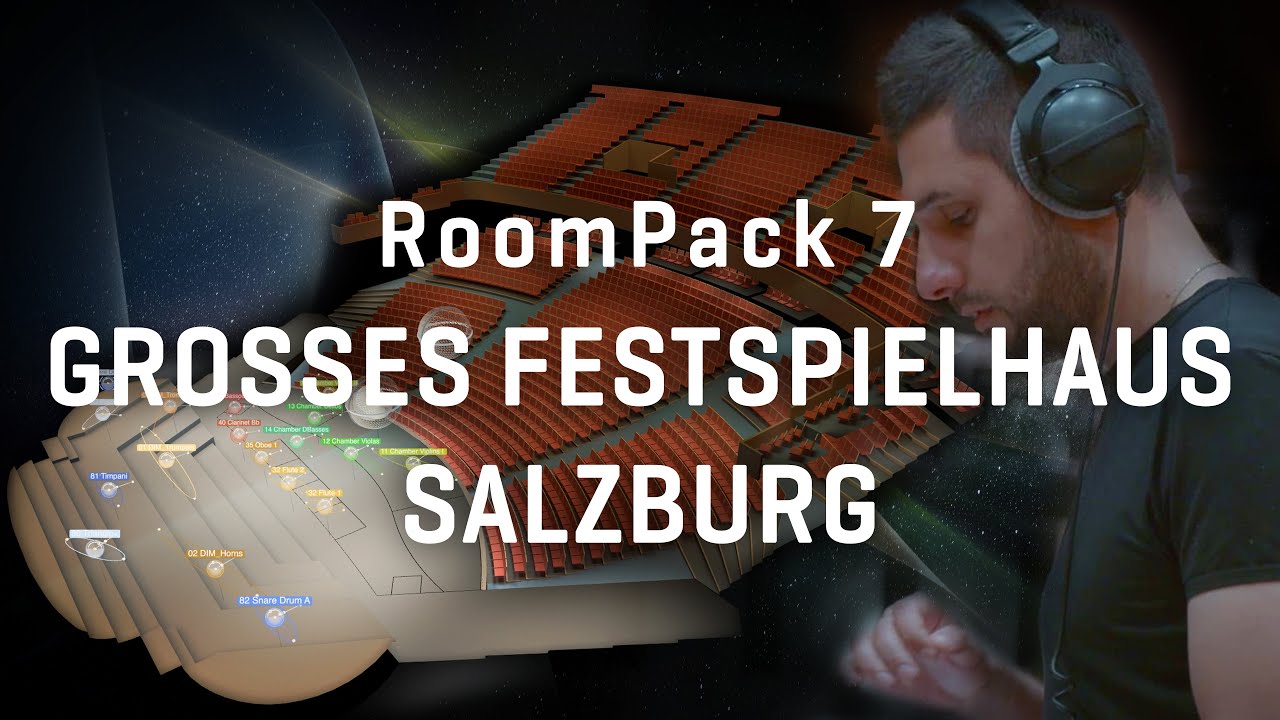 The auditorium of Grosses Festspielhaus (Large Festival Hall) with 2,158 seats has an almost square floor plan with a side length of about 35 meters (115 ft.). With a regular front width of 22 meters (72 ft.) and a total width of 100 meters (328 ft.) including side stages, this stage is one of the widest in the world.

One secret of this great sounding room is rooted in the fact that the reflecting surfaces near the stage are arranged in a funnel-like fashion, which results in an optimized acoustic “coupling” of the stage house to the hall and gives the architecture of the room a partly square and partly fan-shaped design, slightly reminiscent of an ancient Greek theater. The room boasts fantastic acoustic properties, based on the excellent design by acousticians Schwaiger and Keilholz as well as crucial input by Herbert von Karajan. Orchestras sound elegant, wide and warm, engulfing the listener in a very natural and balanced way, with instruments still clearly locatable.

Vienna MIR Pro 3D with RoomPack 7 recreates this hall using an unprecedented amount of 6,400 impulse responses. They were captured with four Ambisonics microphones, alternatively placed in a height of approx. 2 and 4 meters above the ground for a true 3D rendition with spaced layers, and can be used in pairs: front and front elevated, back and back elevated. In addition to the large stage, virtual instruments or any audio signal can be placed on the wings of the stage and even behind the wooden lamellas on each side for creating distant voices. 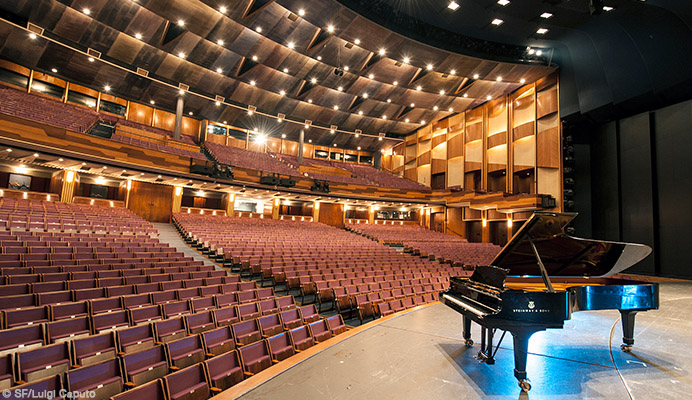 The nearby Karl Böhm Hall serves not only as a foyer but also hosts all sorts of prestigious events. The hall is 47 m long and 13 m wide (154 x 43 ft.), and the combination of stone, wood and the 600 square meter ceiling fresco creates a very unique and beautiful acoustic signature.

It was built in 1662 by Prince-Archbishop Guidobald Graf von Thun as a winter riding school. It was converted in 1926 by the Salzburg architect Clemens Holzmeister, and during the building work the rock face of the Mönchsberg was revealed at the southern end of the hall. The walls of the Karl Böhm Hall are paneled with dark wood, with several balconies breaking up the coffered structure. In connection with the major conversion of the adjacent Felsenreitschule in 1969/70, Clemens Holzmeister linked the dais (i.e., the podium above the entrance) with two wooden staircases in the style of the rest of the hall.

We like to refer to this magnificent hall as the world’s largest reverb chamber in 3D. As in Grosses Festspielhaus, two Ambisonics microphones were placed at a height of 2 meters, and two mics were placed 4 meters above the ground, for an additional “spaced” 3D depiction of any audio signal you’re sending into this marvelous room. This is your perfect choice for big sounding reverbs, fanfare applications or any signal you want to place in a dense but very natural and lively ambience. Conveniently, instruments can be placed on either side of the hall, as well as on each of the two balconies. With its very distinctive acoustic signatures on both the “stone end” and the “wooden end” this hall is a veritable treasure trove in the quest for truly “great” reverb. 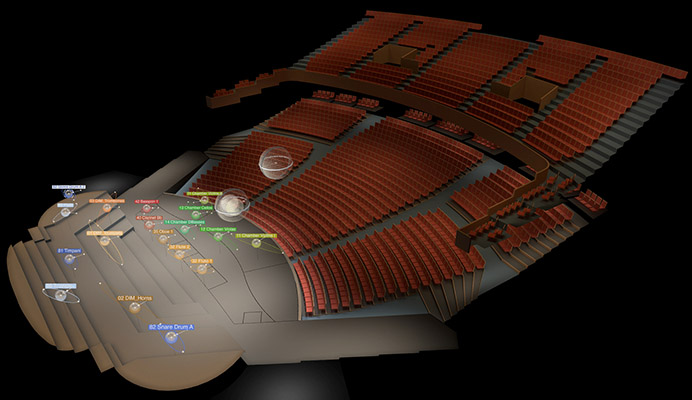 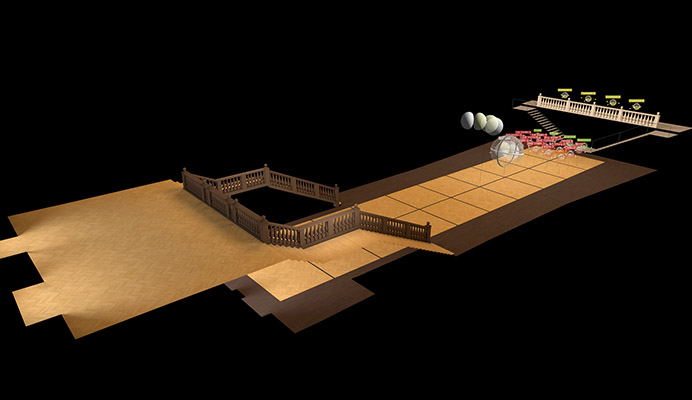