MIR 3D RoomPack 5 features spatial models of the historic monastery church of Pernegg, a small village situated in the north of the “Waldviertel” region (Forest Quarter) of Lower Austria, near the Czech border. The history of Pernegg’s monastery dates back to the second half of the 12th century when Premonstratensian nuns resided there. Its well-fortified “Saint Andrew” church was built between 1500 and 1520 at the center of this complex, as excavations and the uncovering of frescos proved during the building’s first restoration in the 1960s (after being heavily damaged in the last months of World War II). The organ by Michael Prackh was installed in 1654 and is still in use today. 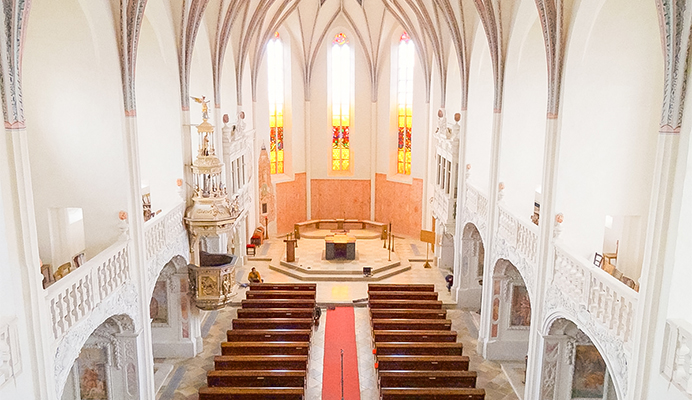 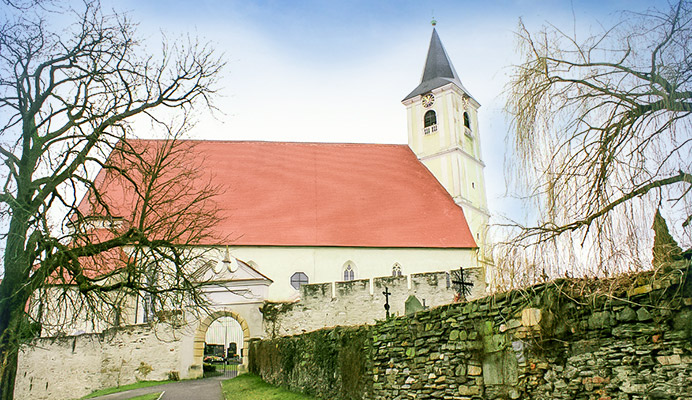 The open-form type of this late gothic pilaster church is rarely found in this part of Europe. The five-sided choir apse and nave are unencumbered by pillars and contribute to the extraordinary acoustics of this architectural rarity. Its secluded location and the very balanced, clearly defined, but never overbearing acoustics make it an ideal environment for musical performances and recordings. Uniquely situated in a deep forest, the absence of surrounding noise is a rare feature, for which many artists gladly endure the long journey through the dark woods of this old borderland. For example, the British label Hyperion has published a series of recordings in the Pernegg monastery church with the vocal ensemble Cinquecento, and Austrian violin virtuoso Julian Rachlin and his friends play concerts here on a regular basis. 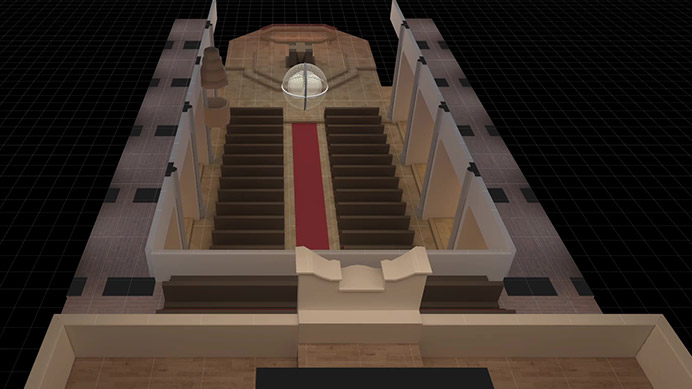 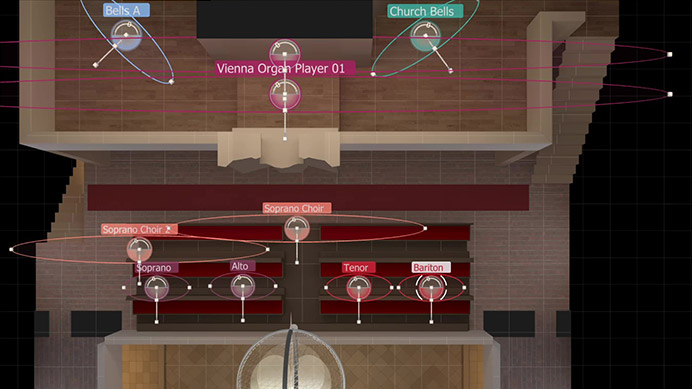 We captured the acoustics of this church for Vienna MIR Pro 3D from four different microphone positions; microphone 1 is positioned near the center of the altar, microphone 2 in front of it, and microphone 3 in the middle of the nave. Microphone 4 is positioned very near the choir gallery in the back of the nave, at a height of approximately six meters (20 ft). To get an idea of possible “stage areas” please have a look at the Venue Maps! It is also worth mentioning that there are two balconies in this nave – the lower one with the choir stalls, and the upper one housing the organ. Both are provided in Vienna MIR Pro 3D. The possibilities of placing instruments are expanded further by two additional HotSpots in the cloisters on the left and right sides of the choir.

All in all, nearly 5,000 Impulse Responses have been gathered to virtually recreate the acoustics of this building. The average length of the impulse responses is about 6 seconds, with the average reverb time about 3.8 seconds.