As an addition to SYNCHRON-ized Dimension Brass I, this Collection includes three muted brass ensembles: Four trumpets, four French horns, and four trombones were played exclusively with “straight mutes” and recorded as ensembles. However, our engineers used dedicated microphones for each instrument of the ensemble, allowing you to access each voice individually in order to change sound characteristics, volume, articulation, and performance accuracy intuitively in real-time within the Synchron Player. Speaking of performance accuracy: The secret ingredient that makes a brass ensemble sound really authentic is the mixture of human interactions and slight imperfections of a live performance. When playing in an ensemble, musicians listen to each other and continually adapt, matching timbre, volume, intensity, and intonation. Our sophisticated recording technique embraces these interactions while isolating the individual instruments for utmost control. Various Humanize Presets let you adjust the performance accuracy of the four ensemble players according to your musical demands. The sonic results are supremely authentic and simply breathtaking!

In addition to the three muted brass ensembles, SYNCHRON-ized Dimension Brass II features an ensemble of four Wagner tubas. From 1849 to 1858, Richard Wagner lived in exile in Switzerland. During his extensive hikes he was inspired by nature, both visually and sonically. This was the time when he began working on his magnum opus “Der Ring des Nibelungen”, a four-part opera cycle with a total performance time of 16 hours. He imagined a strong, dark and archaic brass sound, a cross between a French horn and a trombone that instrument maker Adolphe Sax (the inventor of the Saxophone) created for him. 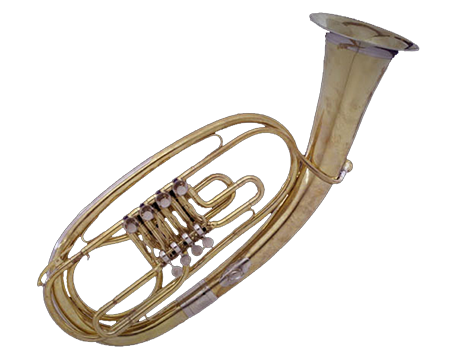 SYNCHRON-ized Dimension Brass II includes all samples and articulations of the well known Vienna Dimension Brass II Collection (Full Library) that has been expanded with new articulations, providing even more variations, nuances and possibilities of expression. The new performance glissandos were recorded up to a tritone for the trombones and even up to an octave for the trumpets and French horns. They can be seamlessly combined with the legato performances. The new medium sustained notes are available in six dynamic layers and are not looped, providing the instruments’ all-natural decay. You may crossfade between different dynamic layers by using a continuous controller in order to get natural and seamless transitions –  from a mellow tone color to an assertive, stinging brass sound and back. What’s more, we’ve added recorded crescendos and diminuendos of one, two, and three seconds length that are absolutely crucial when it comes to ultra-realistic brass performances. Last but not least, the new long portatos of approximately half a second in length fill the gap between the existing short and long sustained notes.

SYNCHRON-ized Dimension Brass II is compatible with all other products of our Synchron Series and comes with the free Vienna Synchron Player. It incorporates the most powerful sample playback engine on the market, featuring unprecedented streaming performance while providing a new level of ease-of-use. You may play short notes, portatos, sustains, glissandos, repetitions and various dynamics intuitively just by moving one or two preconfigured controls, with a minimal need to switch articulations manually. With the Synchron Player’s innovative algorithms, the liveliness of these brass ensembles unfolds magically and effortlessly.

For SYNCHRON-ized Dimension Brass II, our software developers added a specifically designed convolution reverb derived from Vienna MIR Pro to the Synchron Player, featuring the outstanding and unique ambience of the 540 m² (5,813 sq.ft.) main hall of Synchron Stage Vienna. The perfectly engineered reverberation and placement presets combine customized impulse responses with expertly crafted reverb settings for each group of the ensemble. By adding the ambience of Synchron Stage Vienna’s Stage A to the dry samples in real-time, SYNCHRON-ized Dimension Brass II perfectly blends with any other product in the Synchron Series, resulting in a glorious, production-ready sound “out of the box”.