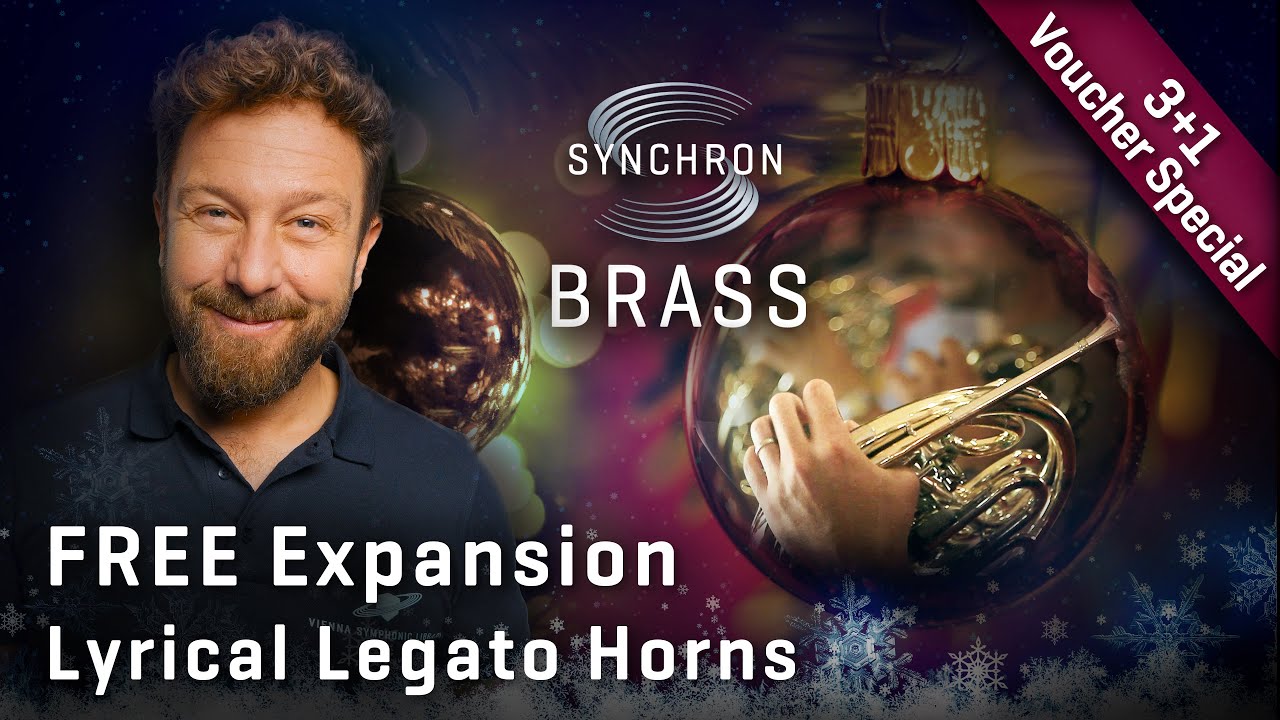 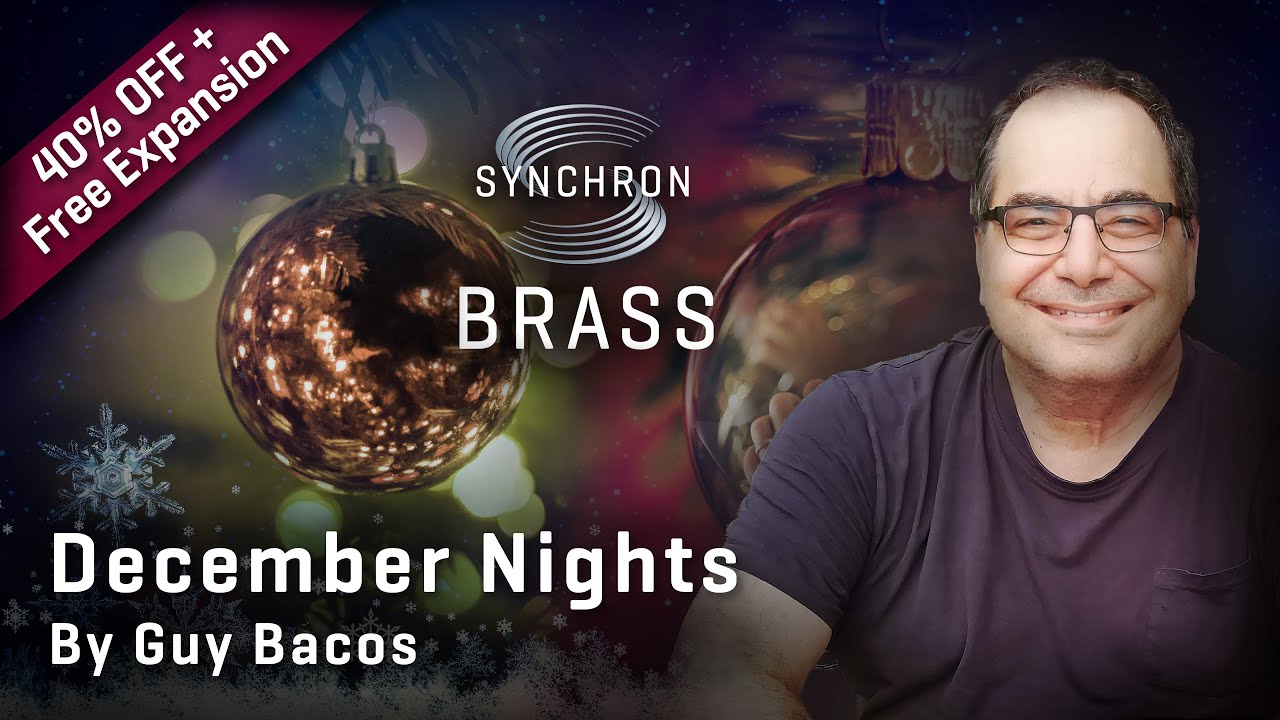 “Breathtaking.” “Nothing short of stunning.” “The best I’ve ever heard.” It’s reactions like these we proudly receive after clients from Hollywood and all over the world experience the acclaimed brass sections in scoring sessions at Synchron Stage Vienna. It’s that extra magic that happens when superb musicians are given the opportunity to interact with the acoustics of an outstanding room that emphasizes the bold characteristics of brass instruments, inspiring them to deliver stellar performances. 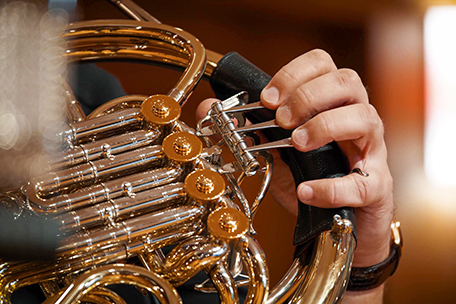 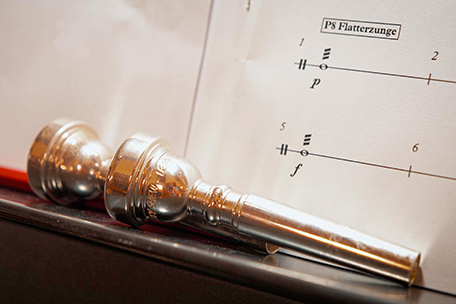 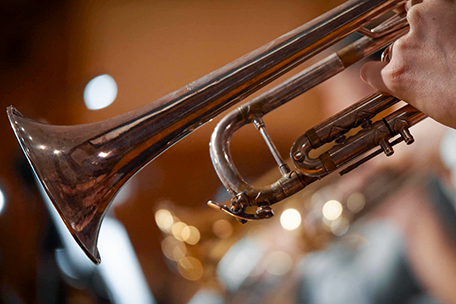 Creating Synchron Brass has been an exhilarating experience for our production team as well as for the musicians. Sampling sessions are mentally and physically challenging, but after 20 years of sampling and several years of recording film scores in Vienna, taking part in VSL’s sampling sessions is considered a badge of honor among many musicians, and we’re thrilled we were able to enlist the talents of these top-notch players.

Lest we forget, it’s the musicians behind our libraries that make the sounds live and breathe. Every one of them possesses vast experience and mastery of their instruments, but each has a different story. As examples, here are two who have lent their talents to numerous film score recordings at Synchron Stage Vienna, and also played solo instruments on Synchron Brass.

Solo Trumpet 1 was played by Marc Osterer who was born and raised in New York City. He attended Manhattan School of Music, played on Broadway shows, at Birdland, Jazz at the Lincoln Center, toured festivals from Coachella to Salzburg, and was the principal trumpet of the Mexico City Philharmonic for five years before moving to Austria to play on worldwide tours with electro-swing act Parov Stelar and joining the Synchron Stage Orchestra. 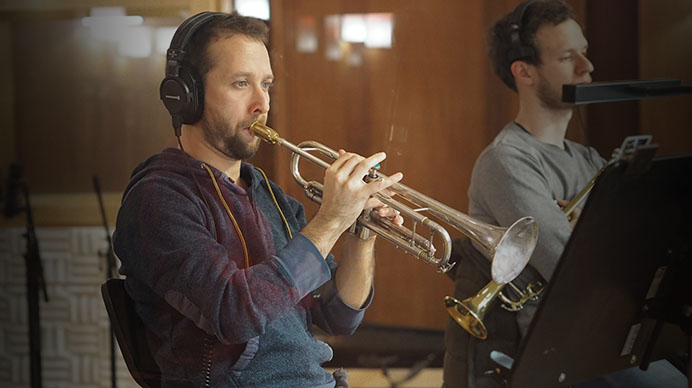 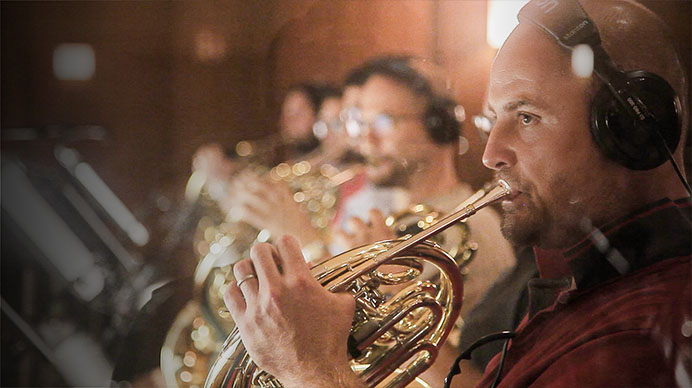 Developing a new generation of sampled brass ensembles and solo instruments involves much more than placing first-call musicians in a magnificent hall. The experiences and expectations of scoring stage clients as well as two decades of sampling know-how informed the way the performances were recorded, both in terms of creating the score as well as engineering and mic placement. With our mission in mind to develop virtual instruments that let you create coherent and compelling performances with ease, the editing team painstakingly balanced and matched all dynamic levels of the entire sample database for seamless transitions from one articulation to another, perfectly matching release samples, and smooth velocity crossfades.

As an alternative and addition to velocity crossfade, the Synchron Player offers a brand-new feature: Timbre Adjust, assigned to CC8 by default. Especially brass solo instruments are capable of creating subtle volume and timbre variations, and this new intelligent filter lets you apply dynamic changes while staying in one velocity layer. It can also be used to create variants of articulations that have only one velocity layer (such as sforzatissimo) or to prevent velocity crossfade artifacts that may occur with brass solo instruments.

Synchron Brass offers a wide variety of articulations and phrases, and features like Timbre Adjust, integrated time-stretching, and the Synchron Player’s release sample technology increase its flexibility and expressive possibilities immensely, allowing you to easily manipulate samples in real-time to create lively, emotional and captivating performances. 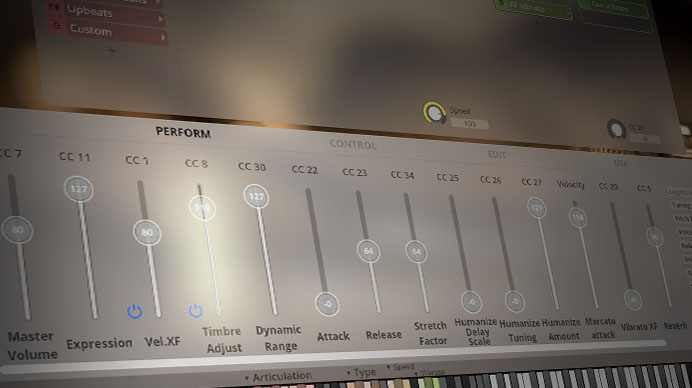 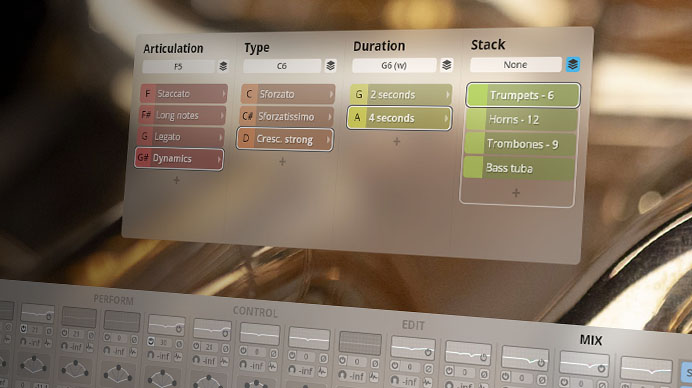 To capture the spectacular ambience of “Stage A” of Synchron Stage, our engineers employed up to nine separate phase-coherent microphone configurations to provide a broad range of room options. In addition to the close, mid, Decca tree and surround microphones, the solo horns were also recorded with a condenser mic placed behind the musician as well as a ribbon room mic, all of them available as separate channels in the mixer section of the Vienna Synchron Player.

Pre-configured mixer presets provide a wide variety of tonal characteristics, from close to ambient, from lush to sparkling, from natural to heavily processed. As with all Synchron Libraries, you can mix your brass sound in stereo, 5.1 surround or even 9.1 Auro 3D, or any other immersive audio format, such as Dolby Atmos. 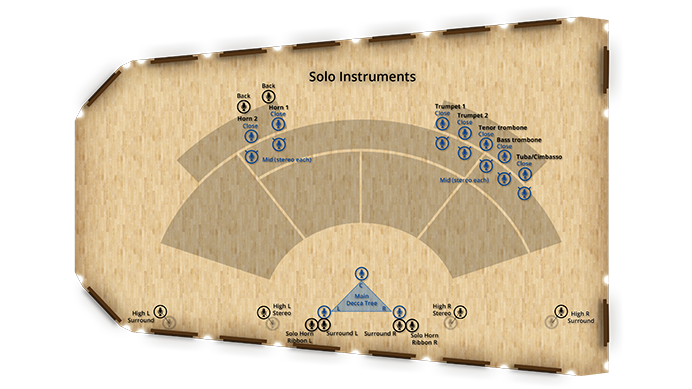 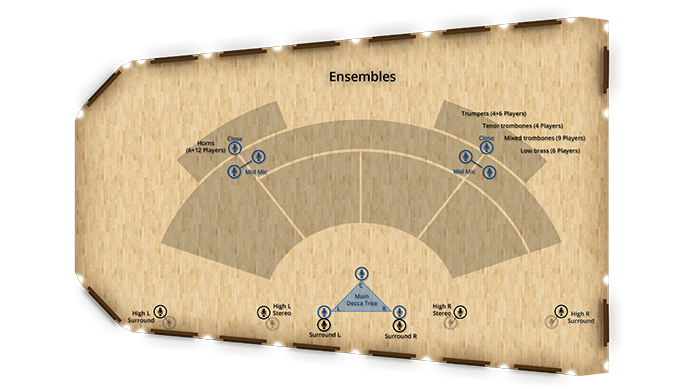 The Standard Library and Full Library of Synchron Brass both include the same articulations. The difference lies in the number of provided microphone positions:

Auro 3D is an immersive audio technology that allows for three-dimensional sound perception. The Belgian company Auro Technologies developed this technology based on a special speaker configuration, adding four additional speakers to a 5.1 surround configuration. These speakers (so-called “Heights”) are situated above the front and surround speakers and generate acoustic reflections that are perceived naturally due to the fact that sounds originate from around as well as from above the listener. Thanks to the comprehensive selection of discrete audio channels of Synchron Brass (Full Library) you may mix your instruments in Auro 3D as well as in Dolby Atmos.

Crossgrade discounts towards the Standard Library and towards the Full Library of Synchron Brass are available from these Big Bang Orchestra Packs:

So when you have registered all of these five Big Bang Orchestra Packs, your crossgrade price of Synchron Brass is €380 for the Standard Library and €525 for the Full Library.