The Synchron Percussion III Collection includes the following Percussion Packs that may also be purchased separately:

From Classical to Latin

Synchron Percussion III is the third and last installment in a series of exquisite instruments, recorded in an extraordinary environment where classic acoustics, groundbreaking technology and professional experience create the perfect formula for excellence. All instruments of this collection were recorded with a multi-microphone setup in Stage A of Synchron Stage Vienna, giving you all the sonic flexibility you can imagine in a percussion library, from pure and pristine touches to heavily processed outbursts. 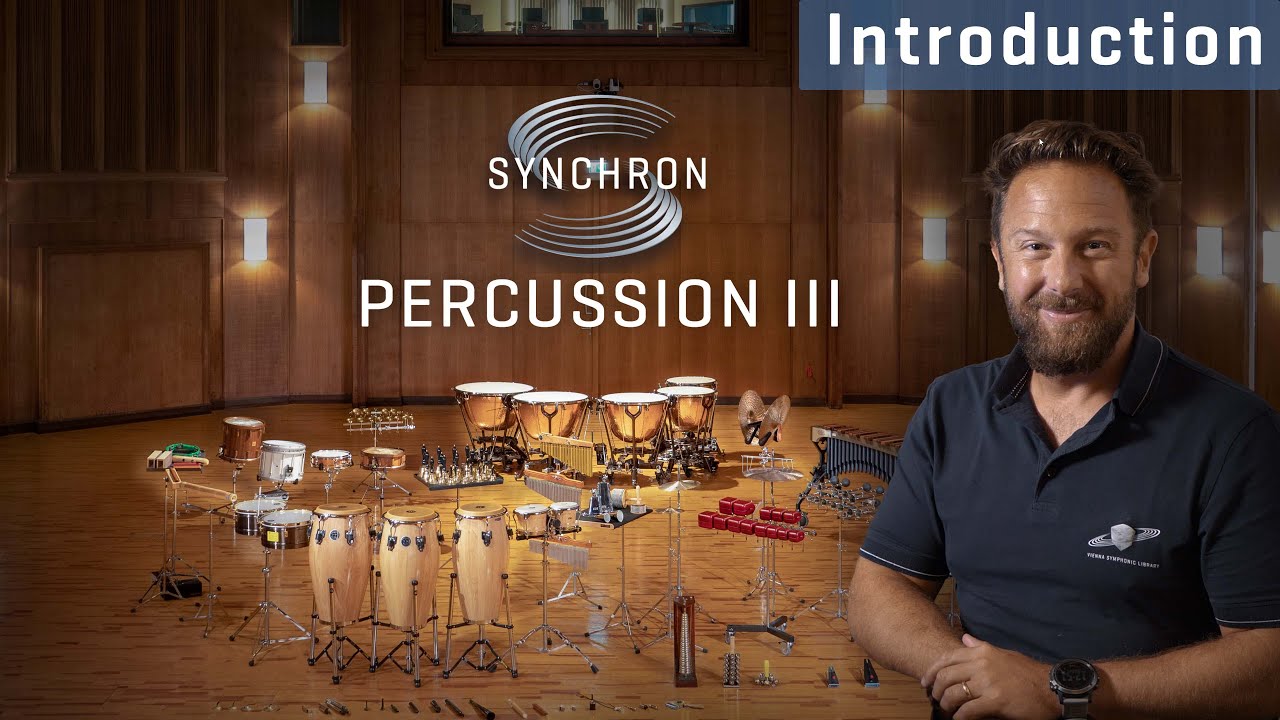 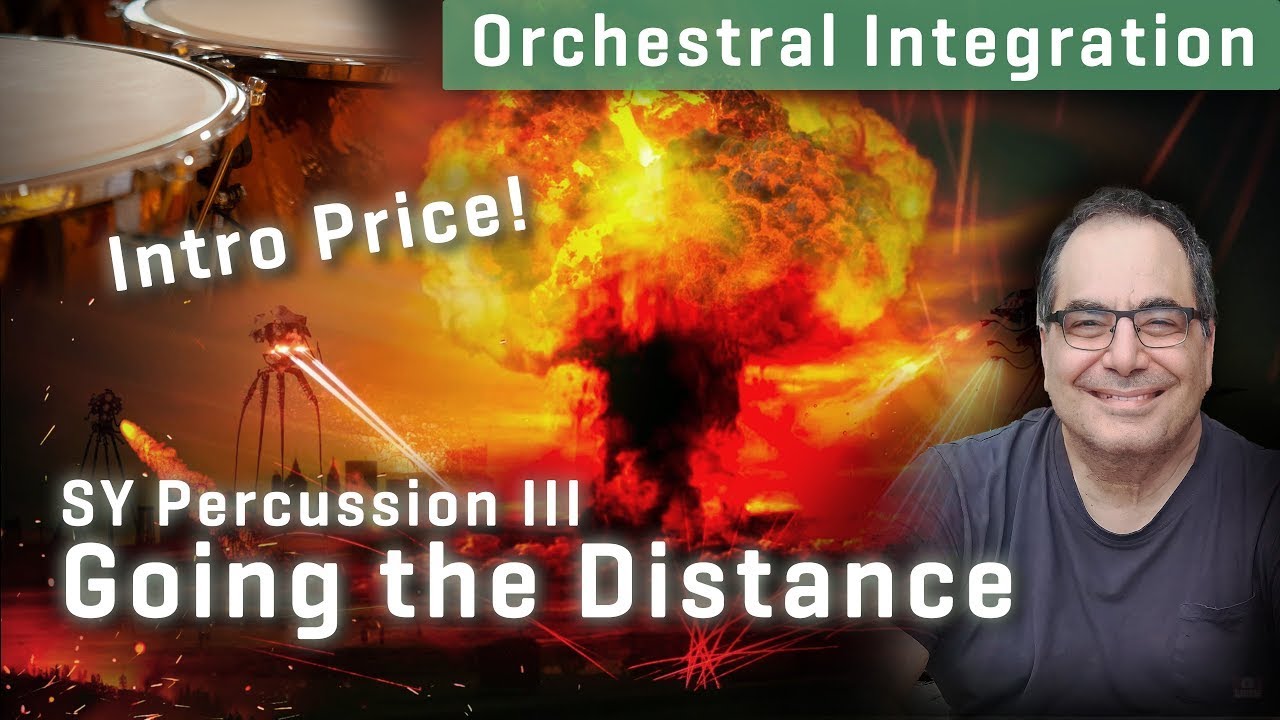 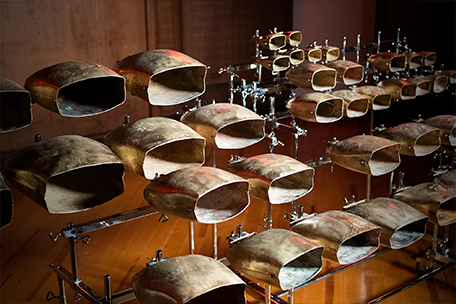 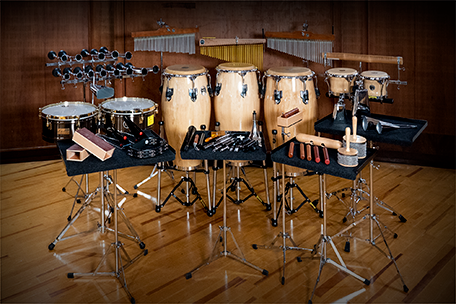 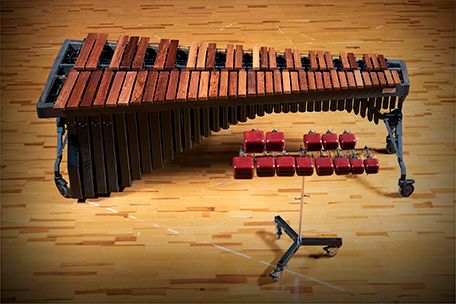 All instruments include single strokes in many velocity layers and several round robins, rolls and effect articulations. For many instruments, rolls are available in two variants: “Static” rolls are recorded without changing dynamics and allow you to transition smoothly through velocity layers from pianissimo to fortissimo. “Dynamic” rolls were recorded with their dynamic changes (crescendos and diminuendos) performed over various lengths. You may release the key at any time – the individually matching release samples will be triggered automatically.

The included MIDI loops for Latin percussion instruments make it easy to create rhythms. Just pre-listen to them in the Synchron Player and drag them into your DAW. 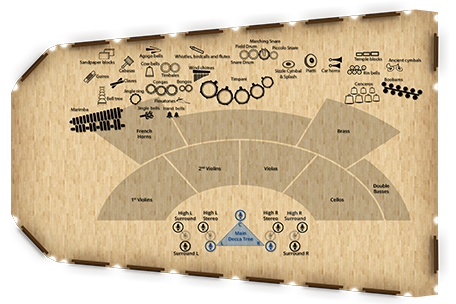 Each instrument comes with a variety of mixer presets that include traditional Decca Tree configurations with variations such as Close, Classical, Wide, Distant and Ambient, but also processed signals with algorithmic reverb, compression, delays and effects, with presets such as “Low Boom”, “Power Timps”, “Far Away Echoes” and many more. “Surround to Stereo” feeds the surround and high surround mics to the stereo signal for a richer and wider sound. Also included are “Surround” presets for 5.1 applications and 3D audio setups such as Auro 3D and Dolby Atmos.

A special feature of the Synchron Player lets you place each single drum (where available, such as timpani, Monster Drums Ensemble, etc.) in the stereo panorama. Instead of automatically placing the entire setup, e.g., the five timpani, on its spot on stage, you can use the “Output Config” feature to route each close-miked drum to its own channel. 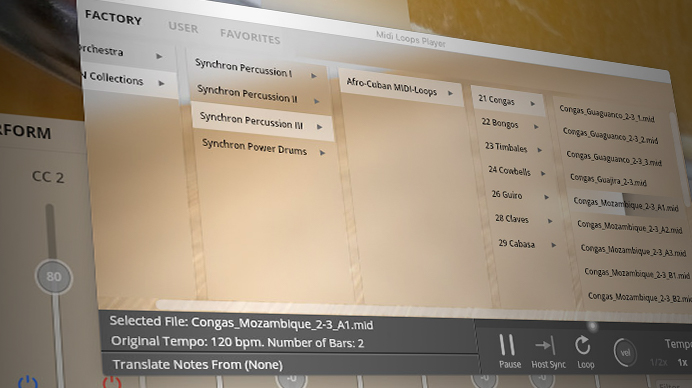