Synchron Bells II is a subset of the Synchron Percussion II Collection and contains plate bells and temple bells.

Plate bells were first employed in ancient Asia. By the 19th century the likes of Verdi and Berlioz had introduced them to the modern orchestra and they were further developed into a chromatically tuned array in the 20th century. In the orchestra, plate bells are mainly used to substitute real bells. Due to their rich overtone spectrum, they are especially well suited for lending tonal color and accents.

While most orchestrations utilize a two-octave range, the plate bells of Synchron Percussion II are available in an unusually broad range of five octaves (C2–C7). The plate bells were recorded with up to four dynamic layers and four round robins for single strokes, played with a bell hammer as well as with a metal mallet, resulting in a very bright sound. There is also a bowed effect articulation.

Temple bells, standing bells or singing bowls developed out of traditional Far Eastern kitchenware. Similar instruments can be found in traditional Zen Buddhism. Today they are often used for meditation and for therapy. Temple bells have a round, warm sound with a calming effect.

The temple bells of Synchron Percussion II were recorded with up to four dynamic layers and four round robins. They were hit with soft, hard, and triangle beaters, rubbed with clappers, and bowed. 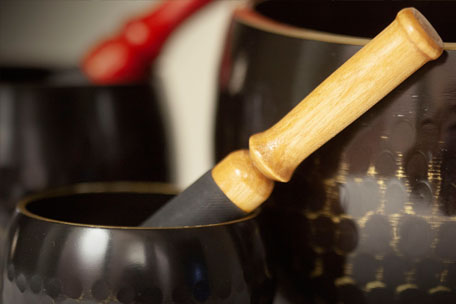 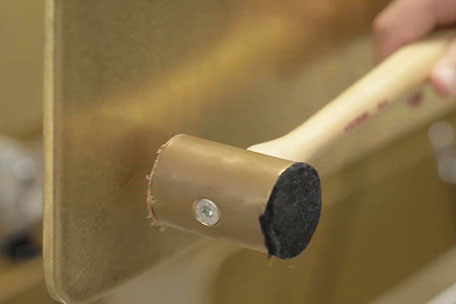