The koncovka is a Slovak end-blown overtone flute without finger holes, most commonly made from hazel. It is sometimes called the little sister of the fujara. Both instruments were used by shepherds. The larger flute, the fujara, was considered the instrument of the herd leader and chief shepherd. The smaller koncovka was rather played by his assistants.

Without any finger holes or keys, the notes are produced solely by overblowing and by opening and closing the lower opening of the flute. Pitch is determined by air pressure and therefore volume, the lowest notes are also the quietest.

Due to the limitation to the overtone scale, a legato patch based on scales is not possible. Instead, the library offers a wide range of phrases, patterns, and very rhythmical loops that allow you to create captivating performances. Effect playing techniques such as overblowing staccatos, crescendos and diminuendos, as well as note releases, add another exciting layer of expressive possibilities. 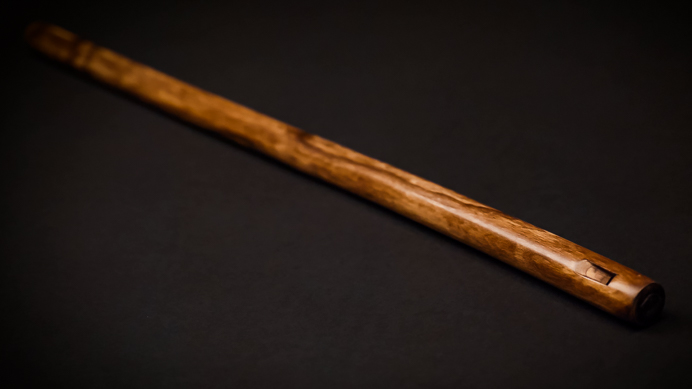 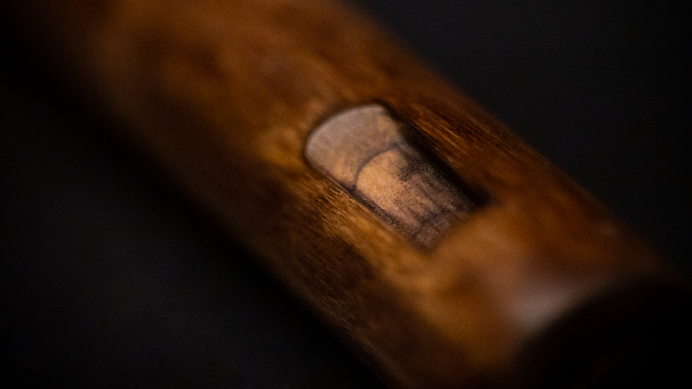 The koncovka was played by multi-instrumentalist, folk instruments expert, and member of the Synchron Stage Orchestra, Veronika Vitazkova. She played in many orchestras, among them the Radio Symphony Orchestra Vienna, the Vienna Chamber Orchestra, and Tonkünstler Orchestra, toured Europe as a solo flutist with the late Ennio Morricone, and played at esteemed festivals from Salzburger Festspiele to Hollywood in Vienna. Having performed on countless film scores at Synchron Stage Vienna, Veronika feels very much at home on the large Stage A and marvels at the exceptional acoustics of this scoring stage that contribute substantially to the overall sound of each instrument. 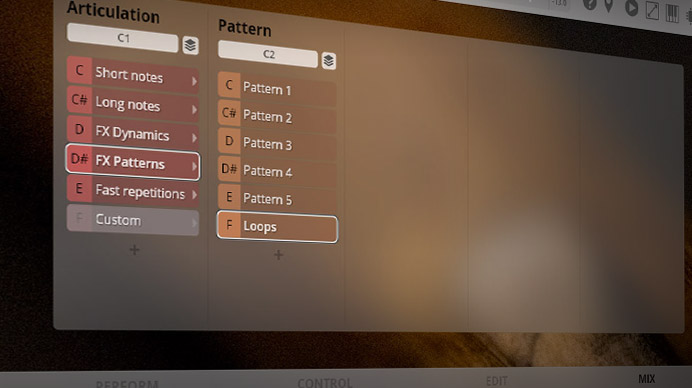 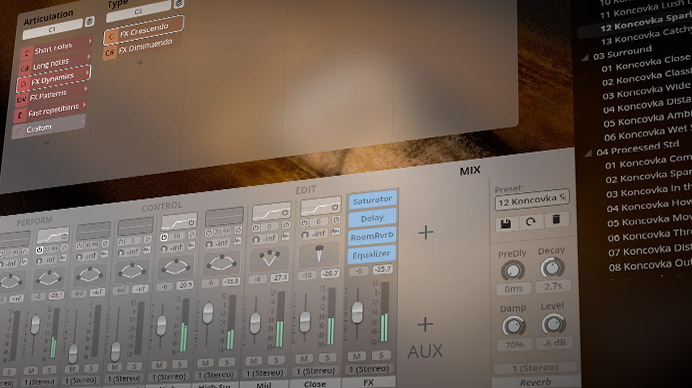 Under the Content tab you’ll find a listing of the koncovka’s natural tones, which are part of the harmonic series that were sampled. Though the natural tones are not chromatic, this software instrument provides chromatic keyboard mapping of the notes, except for legatos. If you want your composition to be played by a koncovka player, please bear in mind that not everything you write and play on the keyboard may be possible to perform for a musician, due to the non-chromatic nature of the instrument.