The zurna is a double-reed woodwind instrument with a conically bored tube and a large bell. It is widely played in central Eurasia, Western Asia and parts of North Africa. The intent of the zurna, to cut through the noise of large outdoor crowds, makes it a very loud instrument, with a piercing and nasal sound. It is traditionally used at weddings, sporting events, folk dances, and similar ceremonial activities.

The zurna is made of hardwood of fruit trees such as plum or apricot. The specific zurna in G used for the recordings of this library has seven medium sized finger holes on top and an eight hole on the back side. 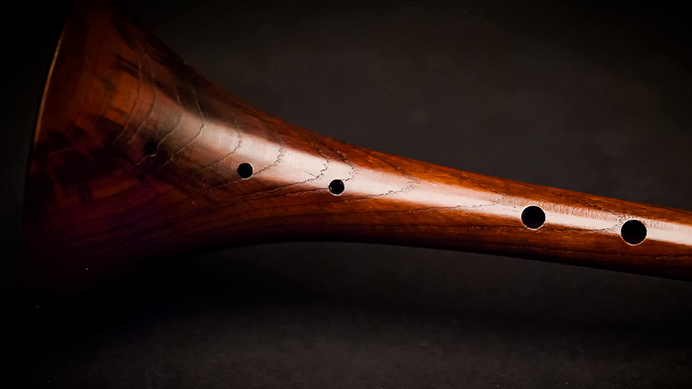 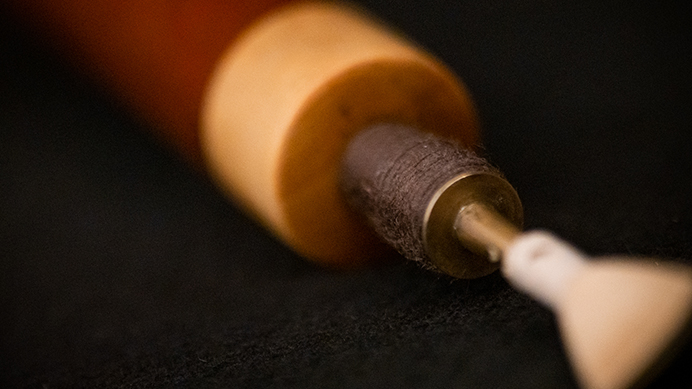 The zurna was played by multi-instrumentalist, folk instruments expert, and member of the Synchron Stage Orchestra, Veronika Vitazkova. She played in many orchestras, among them the Radio Symphony Orchestra Vienna, the Vienna Chamber Orchestra, and Tonkünstler Orchestra, toured Europe as a solo flutist with the late Ennio Morricone, and played at esteemed festivals from Salzburger Festspiele to Hollywood in Vienna. Having performed on countless film scores at Synchron Stage Vienna, Veronika feels very much at home on the large Stage A and marvels at the exceptional acoustics of this scoring stage that contribute substantially to the overall sound of each instrument. 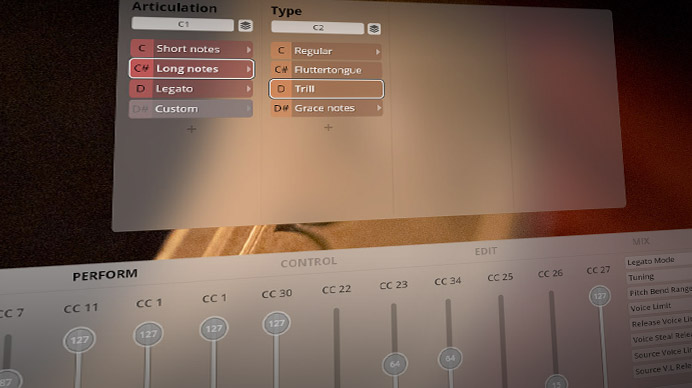 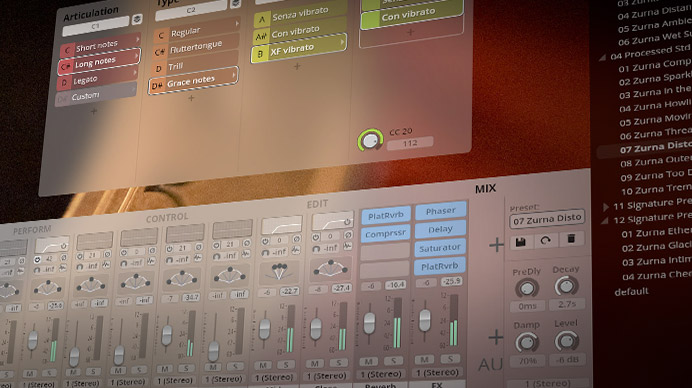 Under the Content tab you’ll find a listing of the zurna’s natural tones, which are diatonic as opposed to chromatic. Nonetheless, this software instrument provides a chromatic keyboard mapping of notes, except for the legato patch which is based on the G major scale. If you want your composition to be played by a zurna player, please bear in mind that not everything you write and play on the keyboard may be possible to perform for a musician, due to the non-chromatic nature of the instrument.